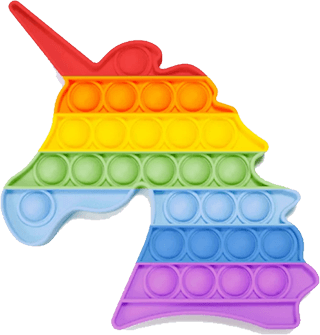 Our time is the age of stress that surrounds us everywhere. Our daily lives are basically made of it. During the day, we get through a lot of tense situations that make us nervous, anxious and full of negative emotions. And sometimes we just need a fast and sure way to get rid of them or at least mitigate them. One of the methods to do it is fidget toys.

They aren’t called so as a coincidence. You probably noticed that when your nerves are on edge, you start fidgeting. You may rap your fingers on the table, sway your leg or touch something holding it in your hands. That’s why these games are known as fidget or antistress. They replace the usual nervous activities and come as a great way to deal with any of the disturbing sensations you may experience. Pop It Fidget is yet another version of these toys that is available online.

Despite the fact that it’s a digital version, it produces just the same calming effect on the player. Your goal here is very simple and clear – you have to pop colorful circles pressing on them with your fingers. So it’s a lot like playing with an actual fidget toy, only you touch the screen (that by the way can be set to include a sensory response). You will also hear the same sound as you can enjoy when you pop up bubbles on the protective wrapping.

To make it look more like a game with some kind of a meaning to it, developers have added various modes and achievements. For instance, you can compete against other players to see who is capable of blowing up more pops until the end of the round. Or you can focus on beating the record and setting up a new one playing against time. The more bubbles you pop the more points you are about to get.

There are a lot of levels for you to pass. On each of them, the shapes of pop-its will be different. They can be presented as classic circles, or as flowers, or bees, or anything else to your liking. Find your perfect entertainment with Pop It Fidget and take some time to relax every time you feel like winding down or need a break from your everyday run!